Ciro’s Outis Rosso is made of Nerello Mascalese, with the permitted addition of up to 20% Nerello Cappuccio, of which he takes full advantage. This is a very elegant example of Etna Rosso and shows an almost Burgundian combination of finesse and substance, leaving a seductive and lingering impression on the palate. An attractive light-medium red Pinot-like color aligns to aromas of red and black fruits, with herbs and smoke, it is medium-bodied very flavorful, and long on the finish, excellent balance. Lovely and will reward some time in the cellar

Spanning just five hectares, the Ciro Biondi winery is relatively new, having been founded in 1999. Ciro Biondi’s ancestors bottled wine under the Biondi name more than a century ago with an assortment of vineyard holdings passed down through the generations.

Ciro, an architect, renovated an old stone winery structure in one of the three small, lovingly restored vineyards he owns in and around the village of Trecastagni. All three sites sit at altitudes ranging from 600-700 meters, with east/southeast expositions and soils comprised mainly of Etna’s black, mineral-rich volcanic pumice. 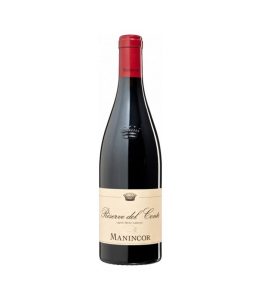