Camembert de Normandie is one of the crown jewels of French gastronomy. Be careful not to confuse this cheese with a Camembert that has simply been made in Normandy!

This is a soft-ripened, bloomy rind cheese made with raw cow’s milk, principally of the Normande breed of cattle. It is hand-molded with a ladle and matured for at least three weeks.

It was developed in 1791 by Marie Harel, a farmer from the town of Camembert, on the advice of a refractory priest. In 1890, the engineer Ridel came up with the idea of wrapping it in a wooden box, which enabled the cheese to be transported easily and thus greatly contributed to its distribution outside the area. However, without any particular protection, production spread outside Normandy, and the cheese is now imitated all over France and beyond.
In 1983, Janier Camembert De Normandie was granted a registered designation of origin (AOC), and in 1996 it was also granted a protected designation of origin (AOP).

The rind is white and downy and sometimes shows red-orange spots; the paste is ivory to light yellow and can have a white chalky center; when the cheese is fully matured all the way through, the paste becomes smooth, soft and shiny, and very small holes appear.

Bloomy Rind – Also known as surface ripened cheese. It refers to cheese which are ripened from the outside of it with a delicate creamy texture on the inside, while it being slightly firm in the middle. 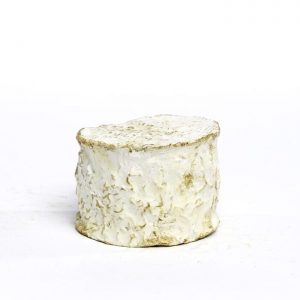