Soumaintrain is a cheese made from whole raw or pasteurized cow’s milk, with a soft washed rind, whose production area covers part of the departments of Aube (48 municipalities) in the Grand-Est region, and of the Yonne (101 municipalities) and Côte-d’Or (117 municipalities) in the Bourgogne-Franche-Comté region.
It has benefited from a Protected Geographical Indication ( IGP ) since June 2016.

The Soumaintrain has the shape of a flat cylinder.
Its rind, washed with brine (water and salt), of an ivory-yellow to ocher color, is slightly damp, which can be wrinkled with possibly traces of grids. It is naturally pleated and slightly flowery with a fine white down.
Its paste, Ivory white in color, is soft, smooth under the rind and slightly grainy in the center.

On the nose, Janier Soumaintrain IGP-Fermier offers a pronounced animal or vegetable smell.
On the palate, it is a cheese with a lactic taste, offering a slight touch of acidity and bitterness, accompanied by animal notes. Depending on the season, aromas of plants such as mushrooms, humus, hay or straw are added.

Young, it is a soft and creamy cheese, and it is with aging that all its flavor and typical aromas assert themselves. 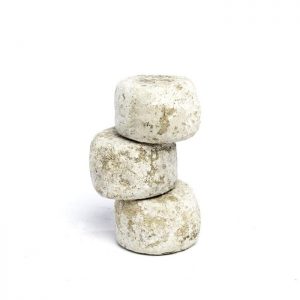